Significant Donation for the UP Foundation

The UP Foundation received numerous donations so far, one of which has a peculiar story behind it; Anna Szabó’s generous donation helped with the fight against the coronavirus tremendously. The young Hungarian woman is a well-known dog photographer, who lives abroad. We asked her why she decided to organise a photo shoot for charity and to support the University of Pécs with a significant donation. 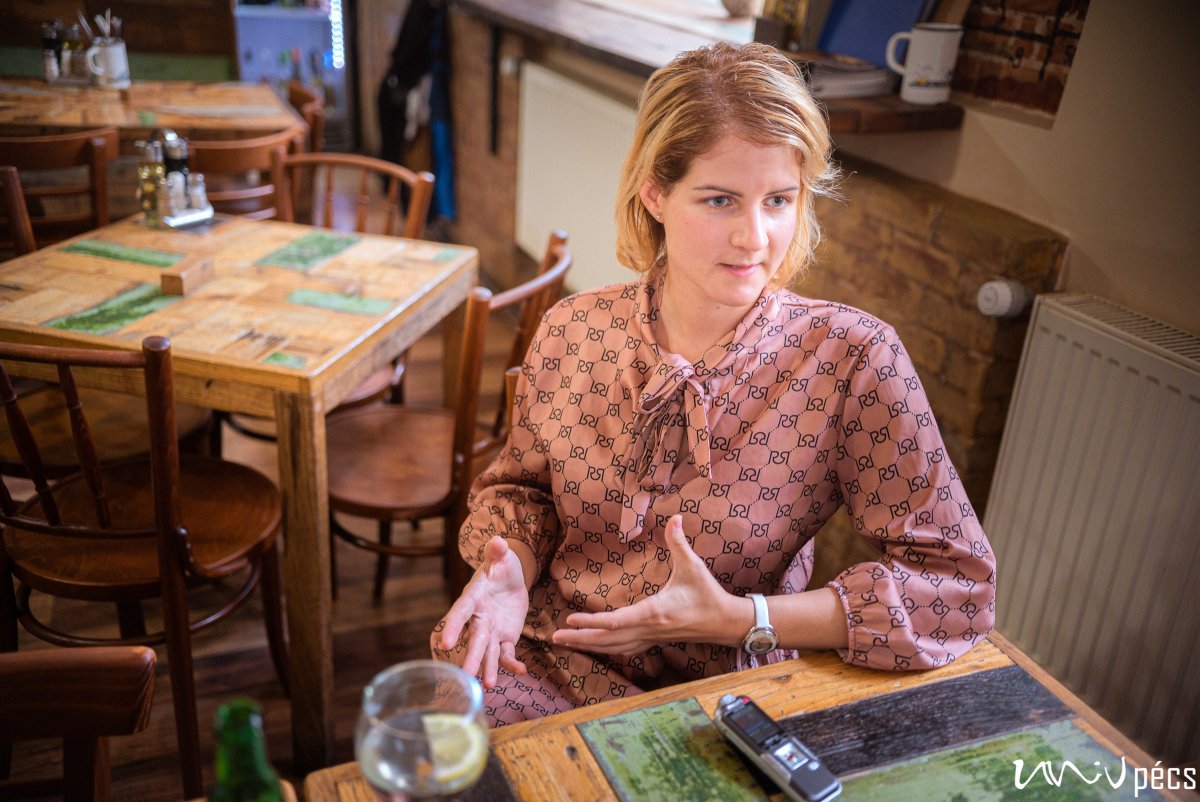 How did the pandemic affect you?

At first, I did not take the coronavirus situation seriously. I was in England when I got the news that Italy was placed under lockdown, but I just wrote it down to mass hysteria. Then I was infected and I fell seriously ill. After I recovered, I traveled to Sweden to continue my work, where it was possible to do so. Scandinavians are charitable and like to do good, a trait which they could easily practice since they were not under lockdown.

Why did you support the University of Pécs in particular?

I have an acquaintance here who graduated from UP and I have a dear client, whose parents live here as well. I asked them who I should donate to, who would use the money the most responsibly. I looked up the usage of charity donations and I was surprised to see that some foundations only spend half of the donations sum on what they were meant for. However,

I absolutely trust the University of Pécs, it has a good reputation in Scandinavia as well, many people are familiar with it.

The UP has a lot of Scandinavian students as well if I am not mistaken. This made motivating people much easier since they knew that their donations would be in the right hands.

Many English words can be heard here in Pécs, it is just as international as Budapest, but it is much more homely. Pécs has been one of my favorite cities from my childhood, this played a part in my decision too. So, we could say that it had personal motives behind it as well. 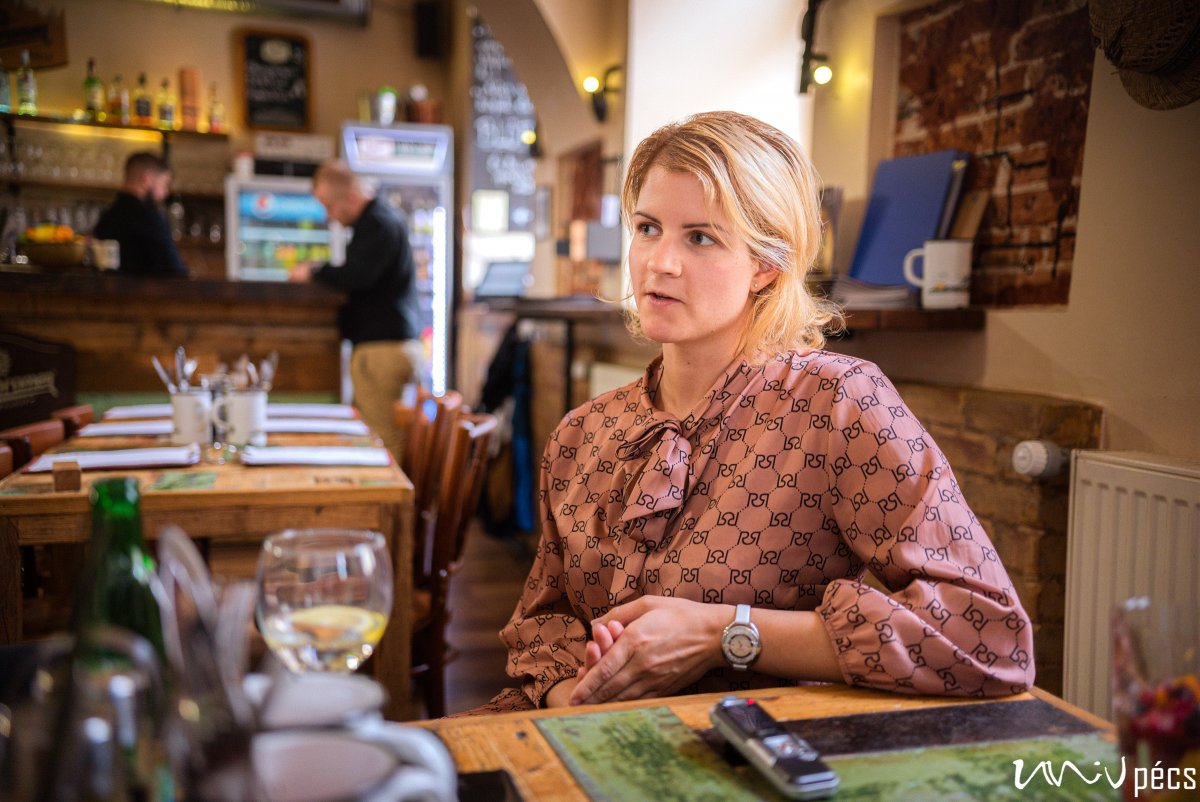 It all started with a high fever, then three days later, I lost my sense of taste and smell. BBC has just then published that these are confirmed symptoms of the disease. This was the point when we got very scared. My sense of smell has not yet returned to normal to this day. Then, my symptoms got worse and the fever returned, followed by breathing difficulties. At one point we had to even call an ambulance, though I did not have to be taken to the hospital fortunately (frankly speaking the NHS National Healthcare Service did everything in their power in order to hospitalize the lowest possible number of patients). I took my serology test here in Hungary and it showed that I have been infected and recovered from the virus.

After the three weeks have passed and it was safe for me to go among people, I traveled to Sweden. It took another 4-5 weeks afterwards for me to recover completely. It was a terrible experience, but it has opened my eyes. I have never been so ill before, I was scared. I would not wish it on my worst enemy. It is hard to put it into words. In times like these, people take the suffering of the whole world upon themselves lying there in bed. It was difficult to be separated from everyone for three weeks. I had a very good English friend, who took care of me. She is a wonderful lady, I am very grateful to her!

The most difficult part of the disease however, has been the mental load, the loneliness.

One realizes, how important we are to each other and that we should not take others for granted.

I have never been so happy to buy coffee, than when I arrived in Sweden. I was able to get a haircut. These were the wonders of the world! What previously was a nuisance, like standing in line, waiting for your turn, has become like a breath of fresh air! This was a very sharp turn. For a good number of people, this period has given some clarity. Because we are prone to complain about things, we really should not. We might learn to appreciate the things we might not notice during our everyday rush.

Is this what gave you an incentive for charity? 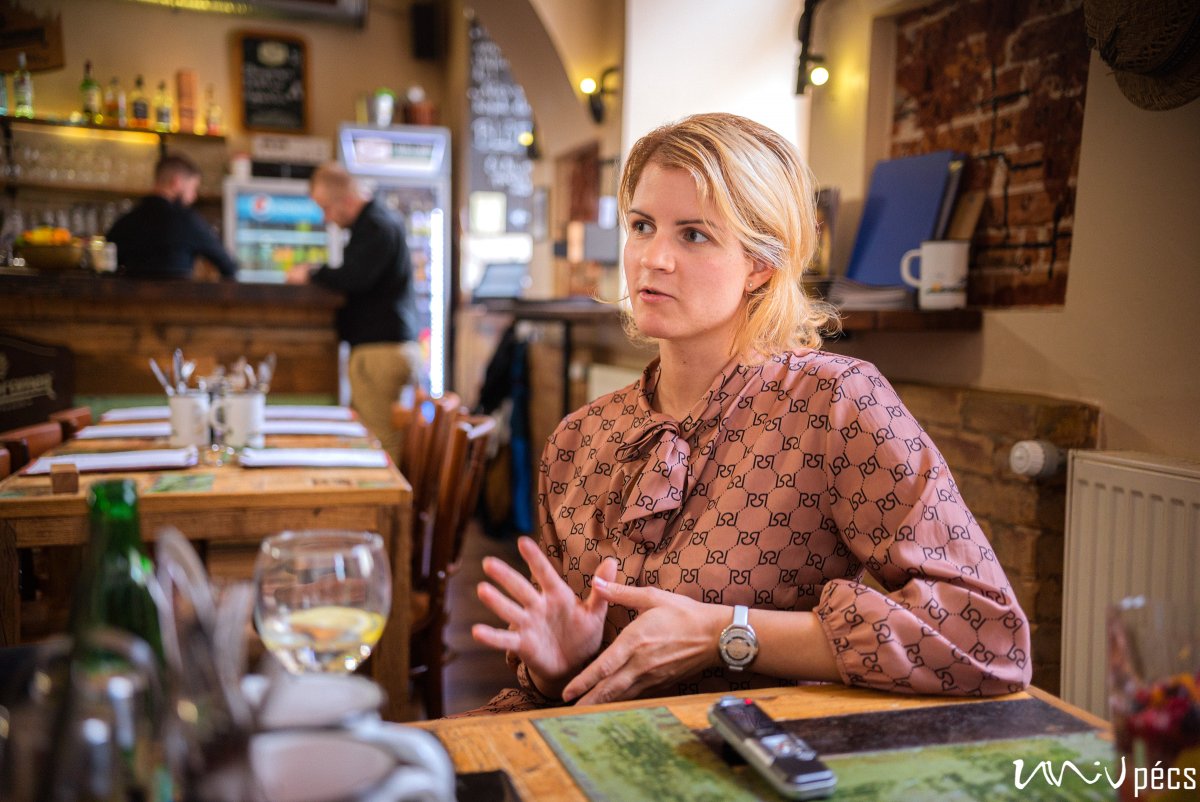 We could see it as a kind of atonement for my irresponsible attitude towards the virus. It was a strange turn of fate that I happened to be able to get through the virus-situation financially sound. Moreover, I could travel to Sweden for work where there was nothing to do because of the pandemic, there were no dog shows, but I could take photos. My clients love the photoshoots we tend to have a lot of fun with them, I have a great relationship with them. But all of my dog photographer colleagues were just sitting at home. Many people all around the world lost their income for months and a lot of them fell into financial ruin because of the pandemic. I would not have felt it just to enjoy the Swedish freedom while others have been going through difficult times in multiple aspects of the word.

Have you always wanted to become a photographer?

It was all due to circumstances. In high school, I wanted to become a lawyer, and then I traveled to Norway for a summer job, where I lived with a couple whom I regard as family. They have dogs and they needed some photos for a publication, so they asked me to take them. Ultimately, the picture not only has been used in the publication about that certain breed, but it has been included into the standards in England. This was my first dog photograph eight years ago. For some years, I only did it, because I enjoyed it and I did not even ask for anything in return. Dog photography became a profession in 2016, and I have been constantly shooting ever since, every day of the year. I absolutely love it; it is a very creative profession. Doing what I love is a blessing. I do not mind that I never became a lawyer; it is not suited for me anyways.

What is the secret of a great dog photo?

I could give you a three-week long explanation, but in a nutshell, you need to know your models, the lights, the camera and the profession itself. These are the basics. The World Canine Organization (Fédération Cynologique Internationale, FCI) recognizes approximately 400 different dog breeds. If you want take a photo of a British greyhound for example, you need to be familiar with the breed’s standard and history. The photographer must have a mental image of what a greyhound should look like and fit the doggy into that form. You must know what the given breed was bred and used for in order to create an authentic environment for the photoshoot. 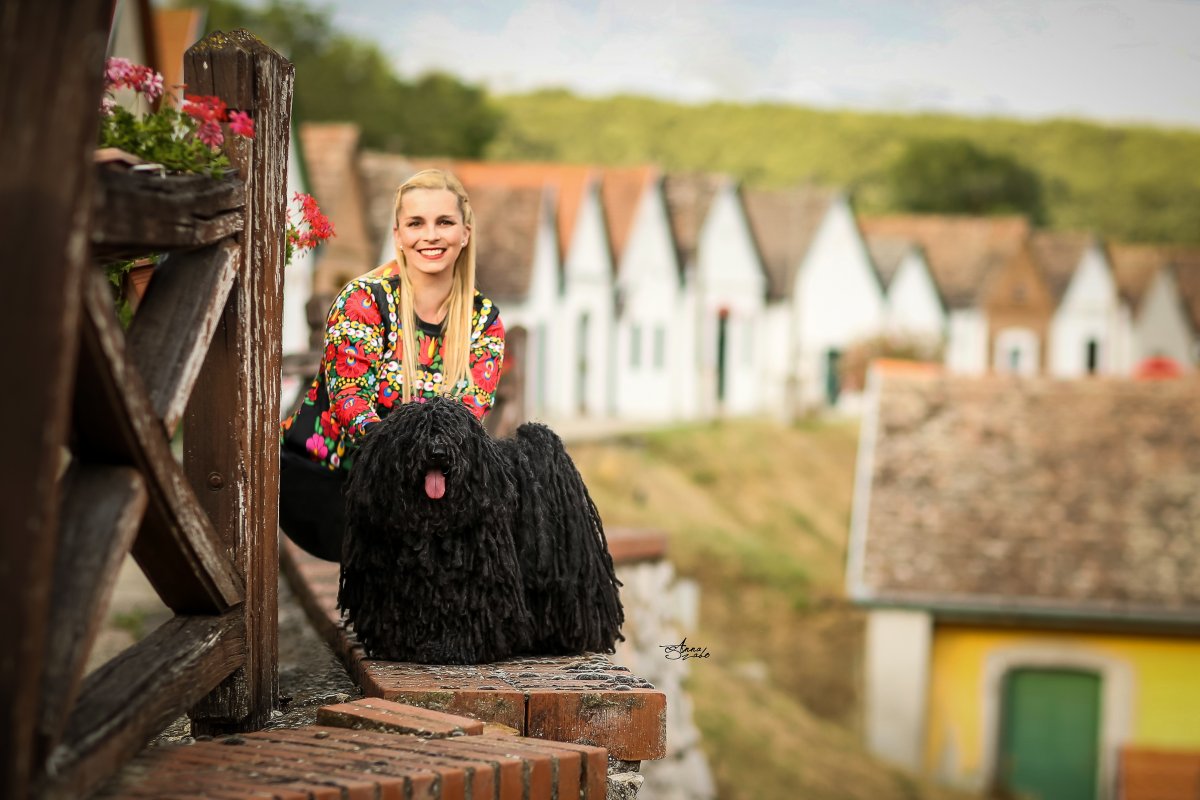 You need to have tremendous background knowledge to take a photo that represents the dog and the breed’s essence, while still being anatomically correct. If one wants to perform outstandingly, then they would have to be familiar with the dog’s behavioral traits and temperament as well.

You need to be able to handle the owners too; fortunately, this never posed a problem for me. If, for example, three people arrive with the dog, you must be able to organize the scenario. You need to be able to tell them where to stand in a way that they still enjoy the shoot, because if they are stressed the dog will get nervous as well, and then it is all over. It is complicated; however, once you learn the ropes, all of it goes automatically. You fall into a euphoric state, the whole shoot just kind of happens and the picture turns out great. By now, I do it unconsciously. The things we do consciously, are always much harder. In my opinion, it is best if you do your work from your heart, with passion. If you work out how you see things for yourself, only then will you be able to shoot as personally and extraordinarily as possible. 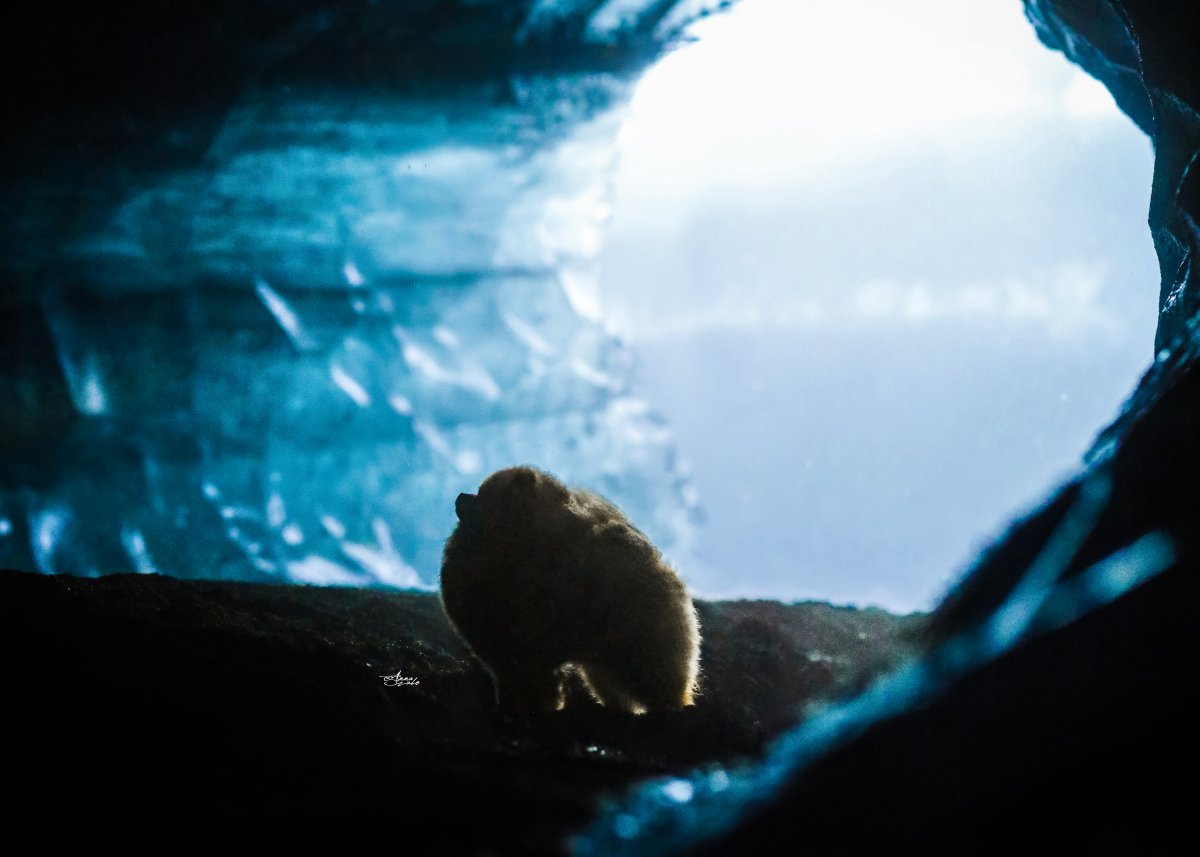 What do you think could we learn from the epidemic?

We need to appreciate life more.

We should not take things for granted, as I have felt purchasing a cappuccino for the first time in two months to be a wonder as well. I reevaluated everything; I worry a lot less about things I used to stress over. We live in a selfish society, we have to realize that. Half-information spreads unfortunately rapidly even from seemingly reliable sources. We need to use our common sense, keep our heads on our shoulders and we need to think about cause and effect.