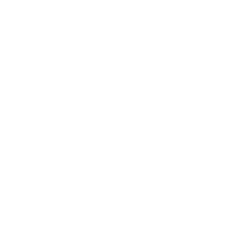 Professor Gábor Rappai is an alumnus of the Faculty of Business and Economics, University of Pécs, where he has been teaching for more than three decades, and was also dean of the faculty for two terms (2005-2011). Since 2012, he has been Director of the faculty's Institute of Economic Methodology and is currently Head of the Doctoral School of Economics. He is a member of the Board of Trustees of the Universitas Quinqueecclesiensis Foundation.

As a senator and president of the Committee on Economy, Finance and Development, you have been monitoring and shaping the destiny of UP for decades. How do you currently see the situation of UP in these areas?

Over the past two decades, UP's financial management has been characterised by two main issues: a lack of resources and liquidity difficulties. Both were caused by the underfunding of health care activities and a rather specific and uneven funding model over time. As a result, financial management was mainly limited to liquidity management; almost constant freezing of proceeds and withholding of funds meant that revenue-generating units that could have made substantial investments postponed their development. As additional resources were almost exclusively available through tenders, the practice of applying for everything that was available to us was inevitable. This has not helped the concentration of research capacities.

Why do you think it is important that UP has taken the opportunity to change its model?

I believe that the long-term (up to 25 years) funding framework agreements that will be established in the new operating model will bring predictability to the system,

allow UP's education and research portfolio to focus on the real strengths of the university, and will help create the economic environment and infrastructure that will serve academic excellence.

UP is a highly diverse, heterogeneous if you like, institution, and it is time for education and research, artistic creation and health services to be seen not as competitors fighting over scarce resources, but as collaborative partners exploiting the synergies between activities to create a truly internationally visible higher education institution.

Why did you agree to become a member of the Board of Trustees?

Over the past decade, my name has regularly come up when the university was preparing for a rectorial election or waiting for a chancellor. I always dismissed these suggestions by saying that I was not an academician enough to be rector and too little of a bureaucrat to be chancellor.

The Board of Trustees has the task of devising a comprehensive strategy, reflecting both academic and operational issues, and overseeing the path to achieving its goals.

I see all this as a huge and exciting task that I am doing for the University, which role I am well suited for, so when the Minister's invitation came, I did not hesitate.

What opportunities do you see regarding the economic situation of UP?

We hope, but more importantly, we have information that resources will increase across Hungarian higher education. It is the task of the Universitas Quinqueecclesiensis Foundation to ensure that as much as possible of these increased resources go to the University of Pécs. We have been working on this for some time, and we will of course continue to do so, but

it is important to know that the 'successful' long-term framework funding agreements only provide the opportunity, the additional resources require additional performance on behalf of the university citizens.